Predicting the next item of a sequence over a finite alphabet has important applications in many domains. Since I always wanted to implemented something like that, while I was looking for an interesting approach I found this interesting idea based on tree. And you don’t deal with trees since a lot, be prepared because as usual it seams simple, but it not. Moreover, since I like Golang and I always wanted to try UniK, I decided to implement my version of the CPT using Golang and use this exercise as a source to build my first unikernel image. 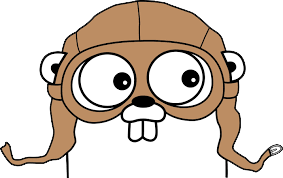 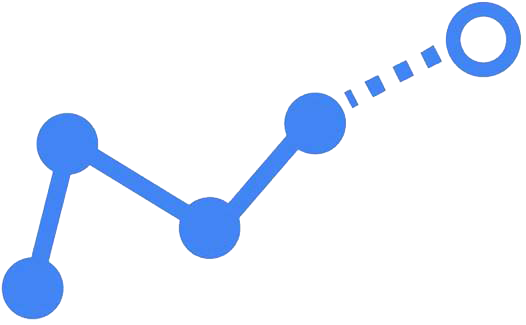 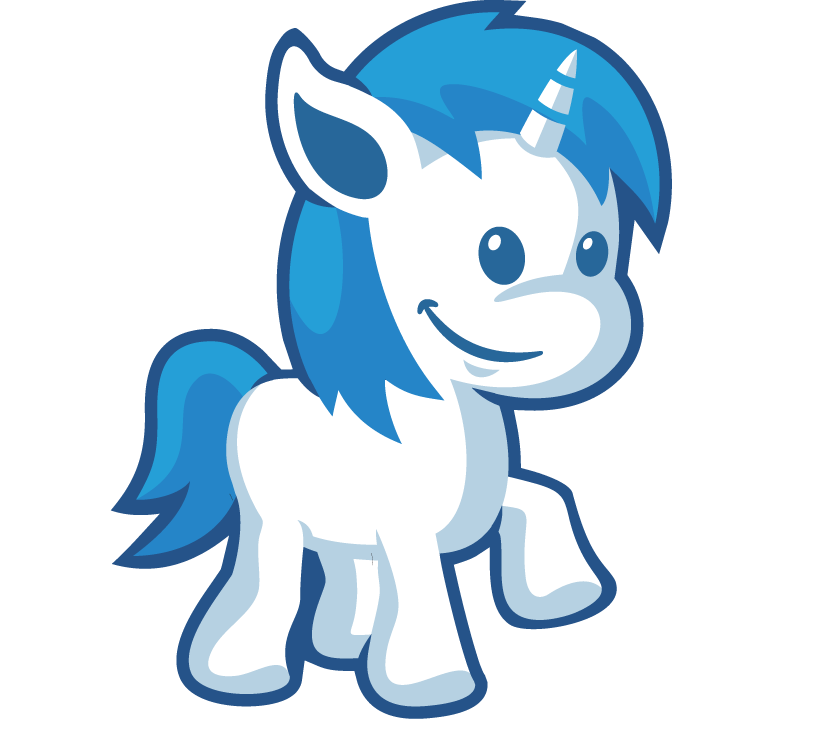 The entire code is available in the Github repo here.

Too much all together

I knew just a little bit of Golang, almost anything about the algorithm and nothing at all about unik. Let’s start from the algorithm.

A CPT (*C*ompact *P*rediction *T*ree) losslessly compress the training data so that all relevant information is available for each prediction. Nice. The approach originally proposed1 by the T. Gueniche and P. F. Viger is incremental, offers a low time complexity for its training phase and it is easily adaptable for different applications and contexts. The performance of CPT with state of the art techniques, namely PPM (*P*rediction by *P*artial *M*atching), DG (*D*ependency *G*raph) and *all-K-th-order Markov chain. The results show that CPT yield higher accuracy on most datasets (up to 12% more than the second best approach), has better training time than DG and PPM, and is considerably smaller than all-K-th-Order Markov.

The entire code is based on two foundamental structure: a trie2 or PredictionTree (code of the package) and n InvertedIndexTable (code).

A Prediction Tree is a struct composed by 3 element: - Item – the actual item stored in the tree, that in our case represent a 32bit int; - Children – the children of the tree, a slice of PredictionTree (see the code); - Parent – A reference to the Parent tree of the tree

This is the reason a Prediction Tree is basically a trie data structure which compresses the entire training data into the form of a tree. Let’s say you have 4 difference sequence that contains a set of symbol predefined, like the one below:

Then, the respective Prediction Tree will be like the one below: 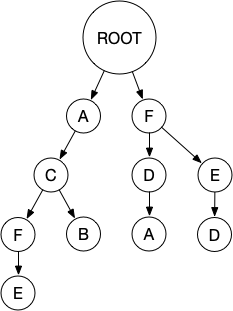 The Inverted Index Table maintain a reference for each symbol to respective sequences it belongs to. Let’s say you have 4 difference sequence that contains a set of symbol predefined, like the one below:

Then, the respective Inverted Index Table will be like the one below:

In the code a list of sequence references is maintained instead of a table.

The prediction step involves making predictions for each testing sequence in an iterative manner. For a single row, the sequences similar to that row are found thanks to the Inverted Index Table. The consequent of the similar sequences are isolated and maintained in a dictionary with their scores. In the end, this dictionary is used to return the item with the highest score as the final prediction.

Finally, [A,C] the key is returned with the greatest value in the dictionary of scores as the prediction. In the case of the above example, F is returned as a sequence prediction.

True, linux is monolithic, and I agree that microkernels are nicer… As has been noted (not only by me), the linux kernel is a minuscule part of a complete system: Full sources for linux currently runs to about 200kB compressed. And all of that source is portable, except for this tiny kernel that you can (probably: I did it) re-write totally from scratch in less than a year without having /any/ prior knowledge.

UniK is a tool for compiling application sources into unikernels (lightweight bootable disk images) and MicroVM rather than binaries. UniK runs and manages instances of compiled images across a variety of cloud providers as well as locally: you can utilize it with a simple docker-like command line interface, that let you make and build unikernels and MicroVM as easy as building containers. UniK is built to be easily extensible, allowing (and encouraging) adding support for unikernel/MicroVM compilers and cloud providers. here more details about the architecture.

To have the sequence prediction engine available as a bootable image, I used as said in the beginning. You can have a look at the repository on how to install everything is required. In the next paragraph I will provide someinsight you can find the original repository.

Install unik by following instruction in official repository from here.

Again, taken from unik repository. You have to ensure the project is cloned in $GOPATH, then:

This will create a Godeps/Godeps.json file as well as place all dependencies of your project in the ./vendor directory. This will allow UniK to compile your application entirely using only the root directory of your project.

Open a shell and run the daemon - then keep it running:

To build and run the image - remember to use godep to let unik include dependencies first!! - run:

To retrieve the running instances:

You can see IP assigned to instances in the last column of the output. To see the logs of the running instances run:

What this image does is actually expose the different endpoint to initialize training and make prediction by rest api - it's only a draft:

A sample file are already uploaded into the upload folder: you can modify the main.go root of the project to avoid cutting the training and testing set. Otherwise, to see the run you can both execute the code locally or

You should see predictions for the first 10 sequences :-)

Many thanks to UniK contributors for sure, to NeerajSarwan for his work over CPT and all who want to contribute