I decided to use GoLang to implement a Turing machine library and accomplish three goals: first, having a Turing Machine model to play with for learning purpose; second, learning how to use interfaces and the factory pattern, other then testing package to test my code and let it be more flexible for future enhancement (at least I hope!); third, implement some Busy Beaver setup and verify that the model works with well known executions. If you want to discover more about Golang, 60's math games and beavers, go ahead with reading :D! 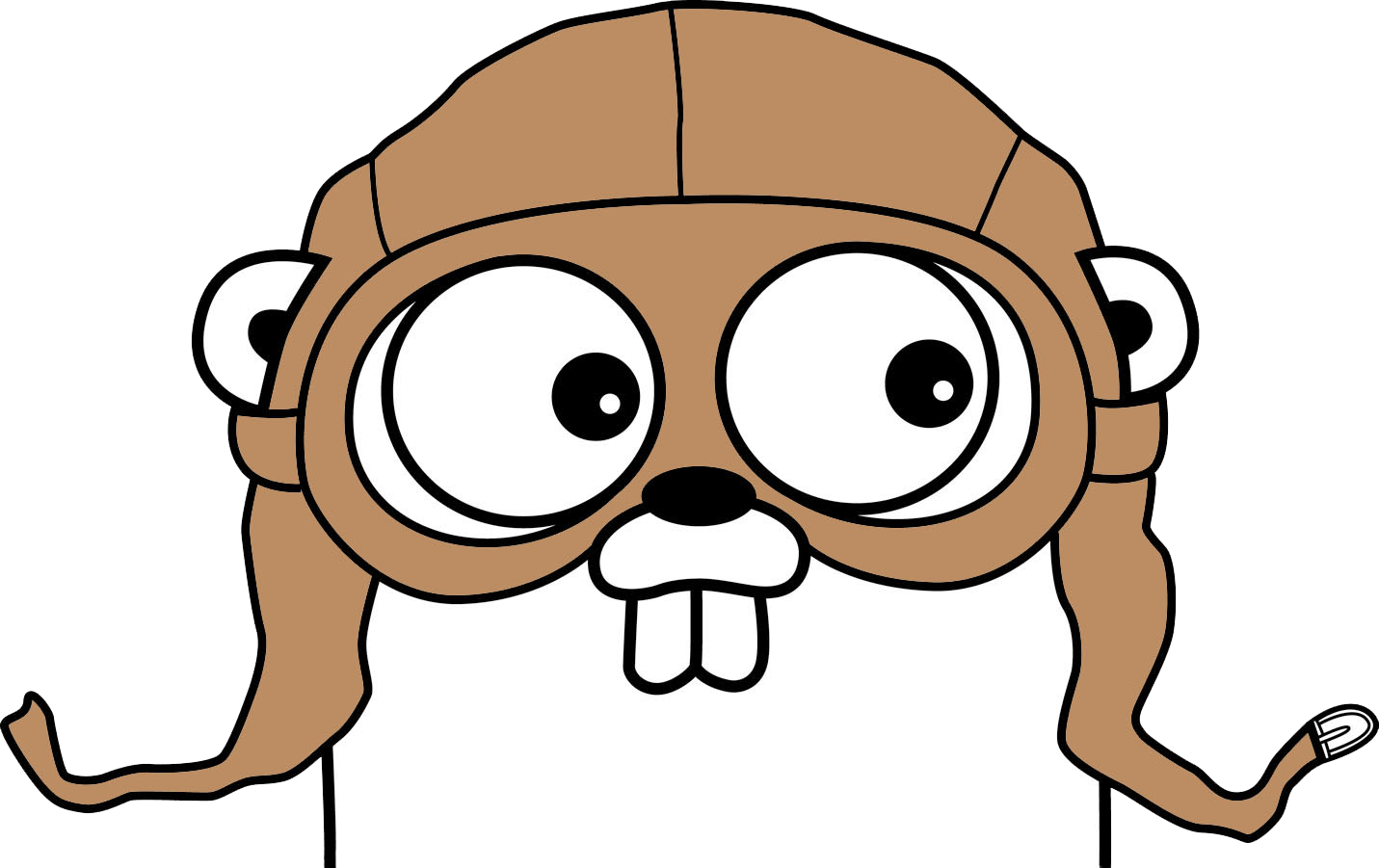 Before starting, let's define a Turing machine. A Turing machine is a mathematical model of computation that defines an abstract machine which manipulates symbols on a strip of tape according to a list of rules. Formally, we can image a infinite tape of 0 with a pointer (identified by square bracket) to one specific zero,

a set of states identified by letters (or numbers),

Given a Turing machine in state A with the pointer over a 0, write 1, evolve to state B and move the pointer by one position in right direction over the tape.

The pointer can only be moved by one position at time, left, right, or stay where it is. Everything's clear?

To implement my Turing machine, I choose Golang as language and, to be more flexible, I coded by using the factory pattern. What is a factory pattern?

The factory pattern is a commonly used pattern in object oriented programming: the main reason you decide to use factory pattern is that it provide to thirds a way to better consume your struct. Instead of initializing instances using something like myStruct := &MyStruct{}, a factory pattern provide a function signature that return your struct, by ensuring that everyone will supply the required attributes.

Now, the cool thing is that in Golang functions can return interfaces instead of structs: interfaces allow you to define behaviour without exposing internal implementation. As in other programming languages, you define method to be implemented inside an interface, and every struct that implement them is considered implementing the interface. This means we can make private structs, while only exposing the interface outside our package, and let user interact with the struct with the only available method inside.

The first lines of the package Transaction look like the one shown below:

The NewTransaction(...) functions solve the problem of exposing the transaction struct, by return a pointer to a struct as the Transaction interface: in fact, since the transaction struct is private we wouldn't be able to interfact with it. That's the reason the signature actually returns an interface, that is exposed: this is possible because the pointers can also implement interfaces.

Similarly, you can implement Symbol, State and TuringMachine. Since Symbol and State packages are pretty easy to implement, let's have a look the Turing machine definition and the execution method defined inside it.

The Turing machine interface is defined as shown below:

The key methods are Run(), Step() and Computed(). The Run() method is the simplest one: it runs the Step() function indefinitely until the Turing machine is computed completely.

A Turing machine is computed completely when it reaches a Final State, that is exactly what the Computed method said about our Turing machine.

What about the Step() function?

For the execute part, you can have a look directly here.

Testing! I learn how much you gain by testing your code playing with returns, default, pointers and indexes. Fortunately, build testing in Golang is quite easy, specially for simple functions like the one we shown before. For instance, the following test function is defined in a symbol_test.go file - at the same level of the symbol. Then

The testing functions are always named like [Test]OriginalFunctionName and always accept only one parameter t *testing.T1. After that, from inside your project folder run this in a shell:

Just prepend GOCACHE=off if you want to ignore caching. For the entire code, follow the link.

Now it's time to build our Busy Beaver!!

The Busy Beaver game consists of designing a halting, binary-alphabet Turing machine which writes the most 1s on the tape, using only a limited set of states. The rules for the 2-state game are as follows:

As the player, you should conceive each state aiming for the maximum output of 1s on the tape while making sure the machine will halt eventually.

The n-th Busy Beaver, BB-n or simply "Busy Beaver" is the Turing machine that wins the n-state Busy Beaver Game. That is, it attains the maximum number of 1s among all other possible n-state competing Turing Machines. The BB-2 Turing machine, for instance, achieves four 1s in six steps.

You can easily build the BB-2 Beaver with 4 simple transaction plus 1 to move from the initial state to the "A" state.

Or, in a more user friendly format:

1° Step: apply 1R22 transaction from A in 0 to B by writing 1, evolve in state B and move the cursor one step in the right direction

2° Step: apply 1L21 transaction from B in 0 to A by writing 1, evolve in state A and move the cursor one step in the left direction

3° Step: apply 1L22 transaction from A in 1 to B by writing 1 (this will result in an overwrite) and move the cursor one step in the left direction

4° Step: apply 1L21 transaction from B in 0 to A by writing 1, evolve in state A and move the cursor one step in the left direction

5° Step: apply 1R22 transaction from A in 0 to B by writing 1, evolve in state B and move the cursor one step in the right direction

6° Step: finally, apply 1RFINAL transaction from B in 1 to FINAL by writing 1 (this will result in an overwrite), evolve in state B and move the cursor one step in the right direction

And the execution is finished! Four 1s, six steps, as promised!

To be continued with Non Deterministic experiment...

For the most curious people, the original paper is Tibor Radó - On Non-Computable Functions - here. My Github repo with my implementation of the Busy Beaver game is available here.