A Bugs Life: stories of a software engineer

I’m on a train, back from Frankfurt - Germany, another of the cities to collect together with the ones I visited in this experience abroad in search of myself, trying to figure out who I am and who I want to be. Why this post and what to expect…Well, why, it’s simple: I recently studied a lot and got my AWS certifications (yuppie), I didn’t stop studying because I already planned other exams (really one of a bad idea of mine) and I also started to use my free time to go ahead with a couple of side-projects - they are super time-consuming. Thus, it was a while since I used this blog to… complain, maybe? well, not properly - about something. What. to. expect. It’s difficult to say: this post will be certainly biased. It’s rude, real. This time, I think I will tell some stories about how things went and still going on out there. 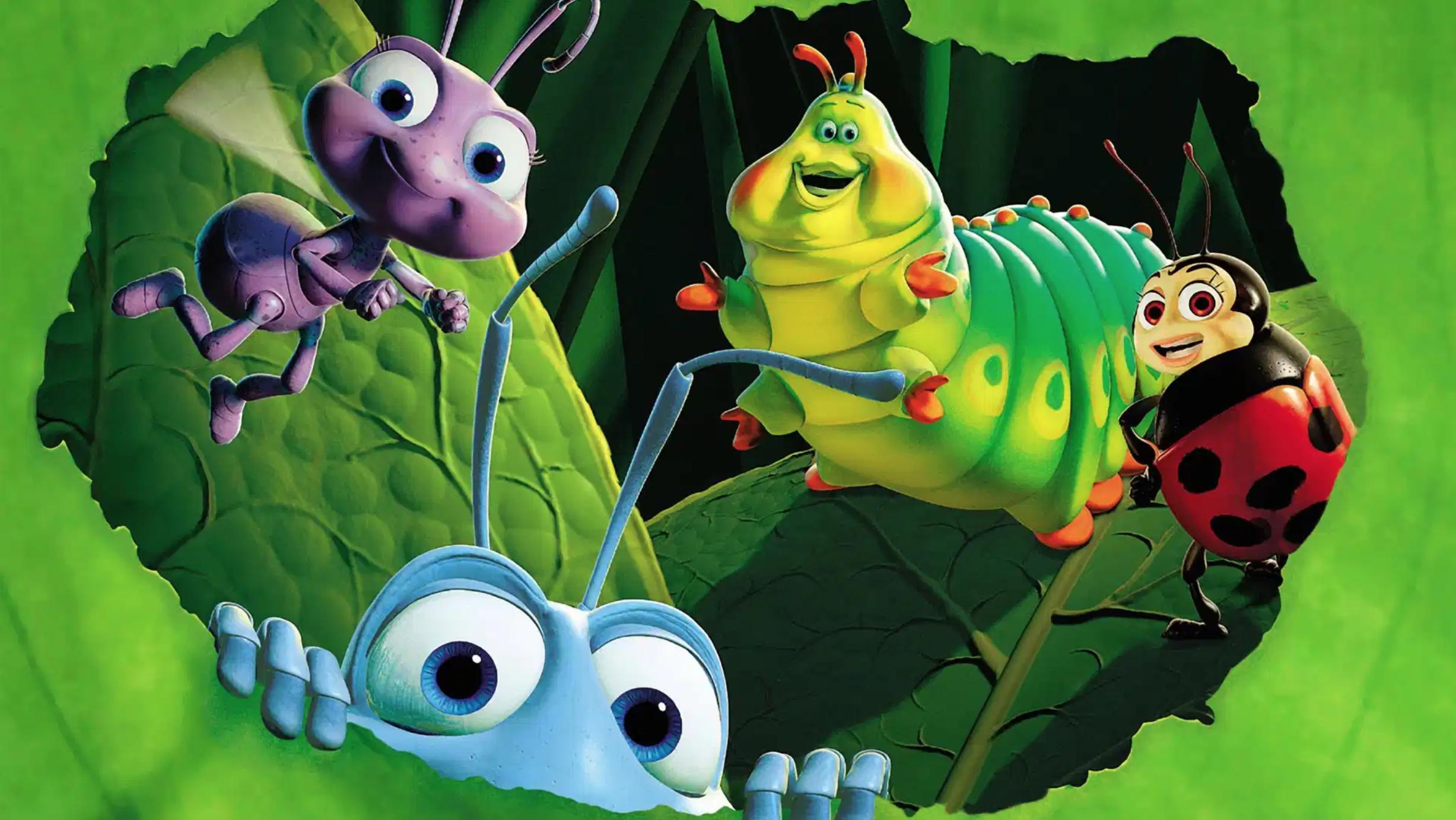 Monday, in the middle of the town: I enter the office. I have a look around in search of known faces - no people you know for real, I think I’m more looking for people I would like to know or - at least - talk with. The morning is short, full of bureaucracy, nothing unexpected. In the afternoon, I’m instructed to have a look at one repo: it’s a huge one, svn (f**k), nothing clear and goal: undefined. I just start reading it, navigate through the code and unconsciously begin the reverse engineering process to understand it. Pikachu is the main language, but there’s nothing of Pikachu inside: it’s a mixture of snippets, merged together by strictly following the pattern nobody knows how this shit works. I read, read and read: then I collect notes. After a few days, a guy approaches me - this is your job: you are expected to produce this - and we have a conversation around this monster-trunk I came across with a pull a few days before. I get what I need to start, and I start to do what - I will soon discover - I’m good at doing: investigate and understand the unknown behind. It’s 8pm, I’m tired: I pack everything and go home.

A few months later, after days spent in collecting the 1% to get shit done and literally betting on the 99%, weeks of too many hours lost in breaking things and too many nights in fixing the untouchable, I almost made the impossible: in a sense I’m proud, but I’m crossing the fingers for something better as a next step. Useless to say, it never arrived: I start thinking I’m wasting my time and after a while, I leave.

Tuesday, at home. I click on the green button, a guy from Singapore is waiting for me. I’m praying for my internet connection - let the force be with it - and finally, we start speaking. Oh nice, good, interesting. I’m asked to implement something: no rush, you are ready, it’s safe. It’s true, I’m prepared. I coded for years and solved my daily issues with automation almost all of the times. The only point is that the kind of reasoning I’m tested in is meant to deceive me and, after a while, I start struggling: it’s not about how you reason or what you are able to do. It’s not about demonstrating anything. It’s not about coding, or knowing things. It’s not about applying a pattern or make some smart use of unveiled theory. It’s not about any of these things: by the end of the conversation, I get that nobody wants me to be able to reason for real on facts or problems. They want someone to be lucky enough to reason as they would like persons to be able to: on fake topics because it’s fancy and most probably easier to test.

A few days later, after some days spent in reasoning as they use to, I learn something I will never forget: I’m not lucky enough. Yes, I’m not, because I almost made the impossible: I practiced a lot and, useless to say, I start thinking I’m wasting my time and after many other chats, phone calls, exercises, I forget about these things…

Wednesday, in the middle of the green: I enter the office. I’m already full of meetings - with people you have a feeling you already know while you’re thinking about with which one of them you would like to avoid having a conversation with. The morning is super long, full of waitings, no particular expectations. In the first month, I just met people and I’m not instructed to do anything in particular, no weird-broken repos, nothing clear: goal undefined. Just wait. Pokemon is the language, but there are nothing of Pokemons inside: it’s a mixture of words, meetings, emails, and people merged together by strictly following the pattern whoever wants to join is welcome. I read, read and read. After a few months, an old one approaches me “Hi, you are the new one” and we start a conversation around computer-science. While I get the chance to - take the bet - investigate and understand the unknown behind - I make some progress on the tasks nobody knows anything about and wants to know anything about, becoming the owner of them, whatever it means: once again, while I’m doing my best in what I’m able to do, I start to solve problems once again. It’s 2am, I’m tired: I’m already at home since many hours, I pack everything and go to sleep.

A few months later, after a super hot summer, I think I have a chance to start my journey for real: excluding a few, nodoby want me to do something instead of speaking about doing things because it’s definetely more convenient let someone else growing outside: everyone did like this and the agile paradigm is spread across the company like a charm: follow the rules, it works, don’t touch it.

Thursday, in the middle of the week: I take the call. It’s from the North, but it’s been a while I stopped playing the game of the guy prostrated at recruiters’ feet. I just think Yes I can and I’m not any more interested in demonstrating anything to anyone. In the end, it’s a matter of trust. I accept to visit this place, more angry about the unpaid trip than prepared for that role in the company - it’s a huge one, for your interest. I think I’m tired to speak and maybe there’s the chance to move on and have a conversation with some passionate guys as well. A few days after, I enter the building: it’s super cool. In a moment, I forget about my anger. I enter the room, the process starts: it will be long. Blackboard, questions, and answers. In some moment, it seems like a quiz, without helps from home: everything is difficult, too much. The things are of that kind, the kind nobody knows, but this day I’m lucky enough, I remember everything and I go straight to the point. I know it’s not my experience, I don’t know anything about the topic. I just make reasonings about it: everything seems to be good.

This time, I will feel the real sensation of being treated like a piece of meat. In fact, nobody will provide me one single feedback: I sent a few emails and in the end, I accept to be happy thinking that this company doesn’t deserve my interests.

Friday, I just finished another chapter of a work that - I don’t know how and I don’t know yet - it will be of interests of some special people in the future. It’s cool because every time I read it I understand a little bit more about the topic. I smile, thinking about me a few time before, reading and studying algorithms. This time is different: I came across something that attracts me but there aren’t a lot of people or places to share this passion. I don’t know how many people are really interested in study things around the topic. I smile, thinking about me and how this interest came out: life is weird…

A few weeks later, I’m on a train: I’m going to another city to figure out if this interest would coincide with my future, who knows. I enter the room, and explain my ideas: the interest is huge, the guys seem ok. While I’m coming back home, I search in my memories for that thing, that thing that makes you choose. I cannot find it. My interest is somewhere else maybe? Everything seems to move fast, and I’m not able to become aware of it: I still have some future to hope into, and it’s out of this topic.

Saturday, it’s a good day. I enter the room, for the hundredth time. I answer a lot of questions. Two guys, then other two, then other two, then other two, and I ask myself if I will save lives or being a software engineer in this place. I lost my patience since a while: but hey, it’s a good day, I’m fine. Everything’s fine, but once again I’m not as good as expected. The funny thing is that I start believing I would find me asking myself where’s the genius? Yes, where’s the genius? Because it seems nobody is looking for talented people or passionate people. I start having this feeling the companies look for people who simply know things: and this is the first time I started think software engineers should be evaluated more on how much they can learn and how fast they are in doing it than on how much they know and how much they can already do. Except for one person, at the moment in time I never met anybody in my life guided by this principle: this is, in my opinion, the first bad thing that was going on in my choices.

The same day I start think the willingness to learn should be the choosing driver because the knowledge is ephemeral, the curiosity is not. I think a lot about this, and take the decision to make this principle the main one guiding my future.

Sunday, it’s late evening. In the meanwhile, time is going ahead. I’m proud of my results, but still, nobody else is: no… it’s false, there are many people proud of them.

Still, nobody recognizes me anything. I’m still alone, playing a match in which the prize is already given, and I’m wondering how many times is given to the right people - if they ever even joined the match as part of a regular team.

This time, no thanks. 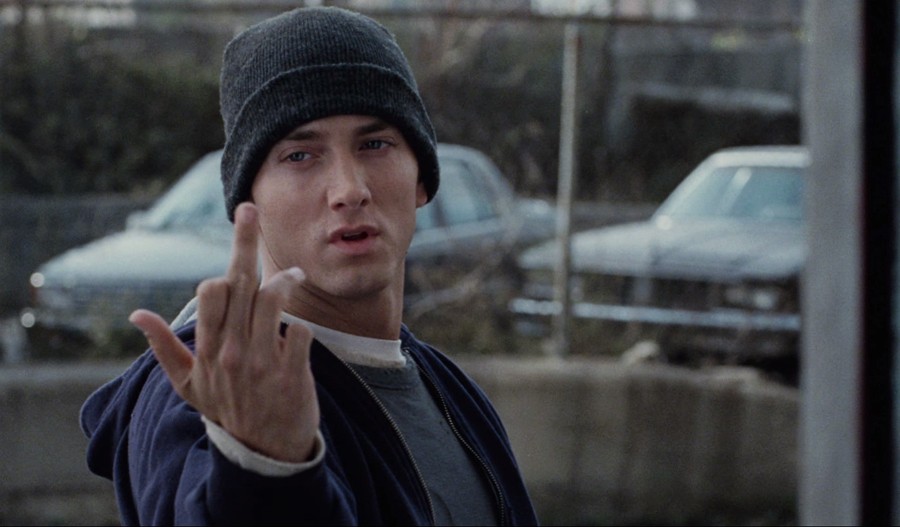