JarvisButton: how to invoke multiple AWS Lambda with one AWS IoT Button (not Enterprise ed.)

If you have an AWS account in Free Tier, bla bla bla ok stop: I am a AWS Lambda maniac. I only wrote about them (here, here). In this article, I want to talk about my new purchase that is - of course - related to AWS Lambda: the AWS IoT Button. It first made its appearance on the IoT scene in October of 2015 at AWS re:Invent with the introduction of the AWS IoT service. That year all re:Invent attendees received the AWS IoT Button providing them the opportunity to get hands-on with AWS IoT. So cute. Since that time, AWS IoT button has been made broadly available to anyone interested in the clickable IoT device. Here it is! 😎😎😎 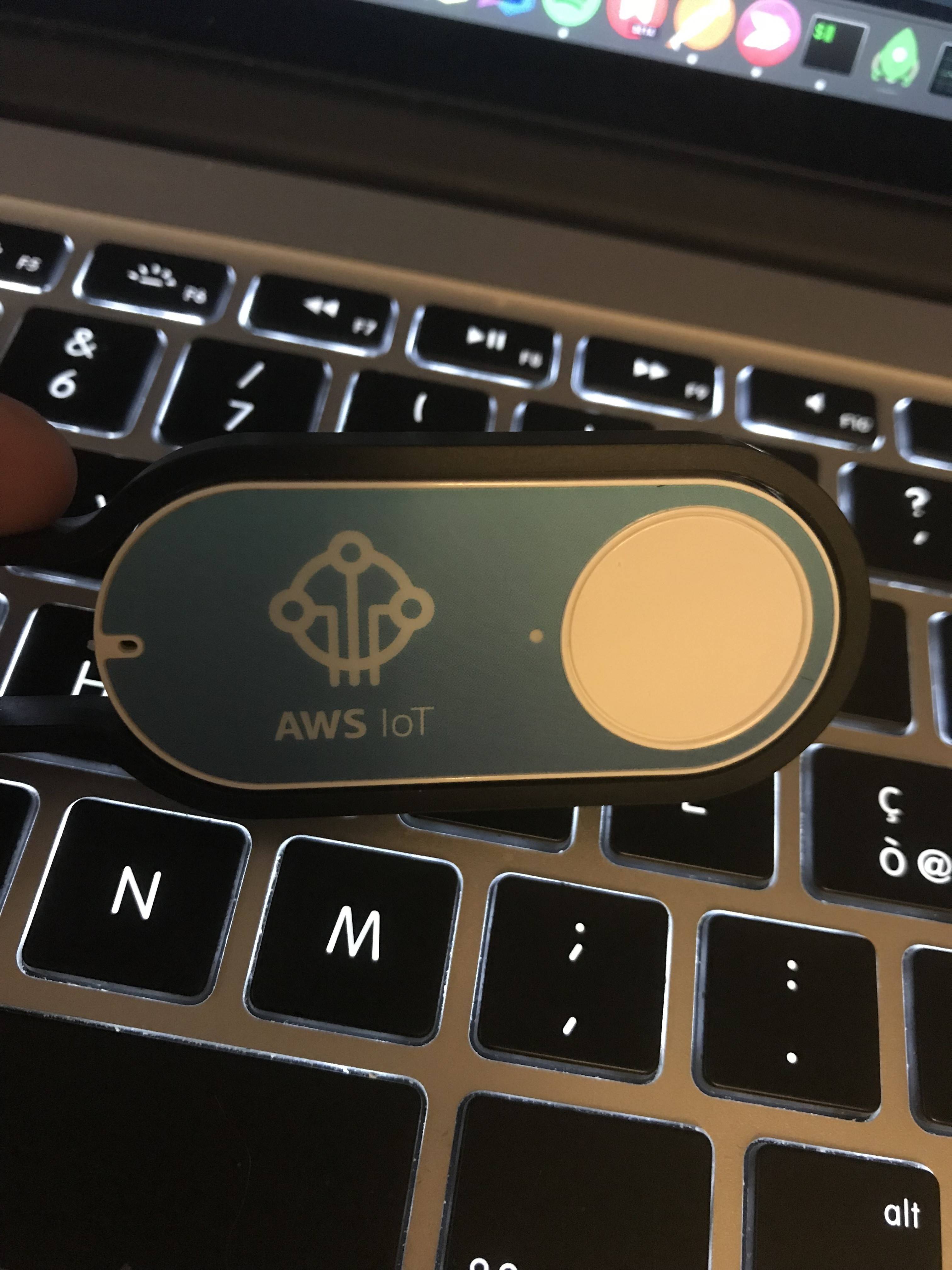 As I already said in a preview post on AWS Services, I recommend you to pay a lot of attention. You always have to know exactly what are you doing, to avoid surprise in billing in the end of the month. Fortunately, there are a lot of documentations on Amazon official site, so you only have to read them.

The first thing you have to learn with AWS IoT Button is that you can do anything special: you simply download the app, you click on the button and, in a bunch of seconds, AWS create certificates, call the NSA, setup something you will pay forever, remove movies from your Netflix to-view-list, destroy your VPC, recreate your VPC, and then let your mobile application associate the button with one of your (previously created) AWS Lambda. And that’s all.

Ok, my idea of the IoT Button was different: first, I thought to able to handle three different clicks - this is not, but in the end it is my fault. I didn’t read anything - I mean, literaly - before purchasing the AWS IoT Button. I didn’t want, I hadn’t time, I didn’t want to break a 3 dollars dash button and I hadn’t so much interest in this button. I was simply bored, I bought it, as most of us do.

Just to be clear: there is an Enterprise version of the button (more here) but I think I got the occasion to create a sort of my own version of this - eventually, even more efficient.

Did you ever seen IronMan? If not, I don’t know what do you live for: in any case, in the movie J.A.R.V.I.S - (Just A Rather Very Intelligent System) is the name given to the personal assistant - actually, it is only a voice - of R. Downey Jr, that plays the role of the famous superhero. J.A.R.V.I.S knows everything, understands everythings, I’m pretty sure that in one movie of the saga is able to bypass the Oracle Cloud (?!) as if it were the Accenture’s VPC (just kidding Accenture guys). The goal is to create something able to handle more than one click: so, I thought to use time, the only thing that the button pass to the AWS Lambda. The only thing you have to do is defining a sort of alphabet - something very similar to a morse code. But, it can’t be a real morse code, because you only have one type of click. Fortunately, this is enough to create - with elapsing of time - a Turing machine equivalent system. Or maybe not? I’m still thinking about it.

My grammar is simple: I want my button able to do three things: - Tell me the weather forecast; - Gather news for me; - Provide me navigation button;

Of course, it could tell me about movies, VPC status, home status, etc. I don’t want to link this JarvisButton to everything I wrote until now. As I was saying, one bit is exactly what we need to do what we want to do.

First, create a DynamoDB Table - actually, you could also use an s3 bucket - because you have to store only 1 record on this table [what? yes, 1 record]. The record is composed by three field:

NOTE: there are also two precautions. - first, the increment has to be circular, because if it is not your code could look for value of counter not associated with any of the action. - second, you have to reset the value of the counter to 1, without executing anything if the count is zero (so, if the action has been executed) but you click your button again without reset-time elapsed yet.

I implemented a short version of the algorithm below, but you can have a look at the code - one single lambda (despite I use a previous lambda to get my news) here.

With this logic, you can implement the number of action you want! Of course, you can use a s3 to handle the JSON record needed to handle multiple click.

I used Slack as a mouth for my JarvisButton: each morning, and during the day, I can click my button and get exactly what I want 🤘🤘🤘 😎😎😎 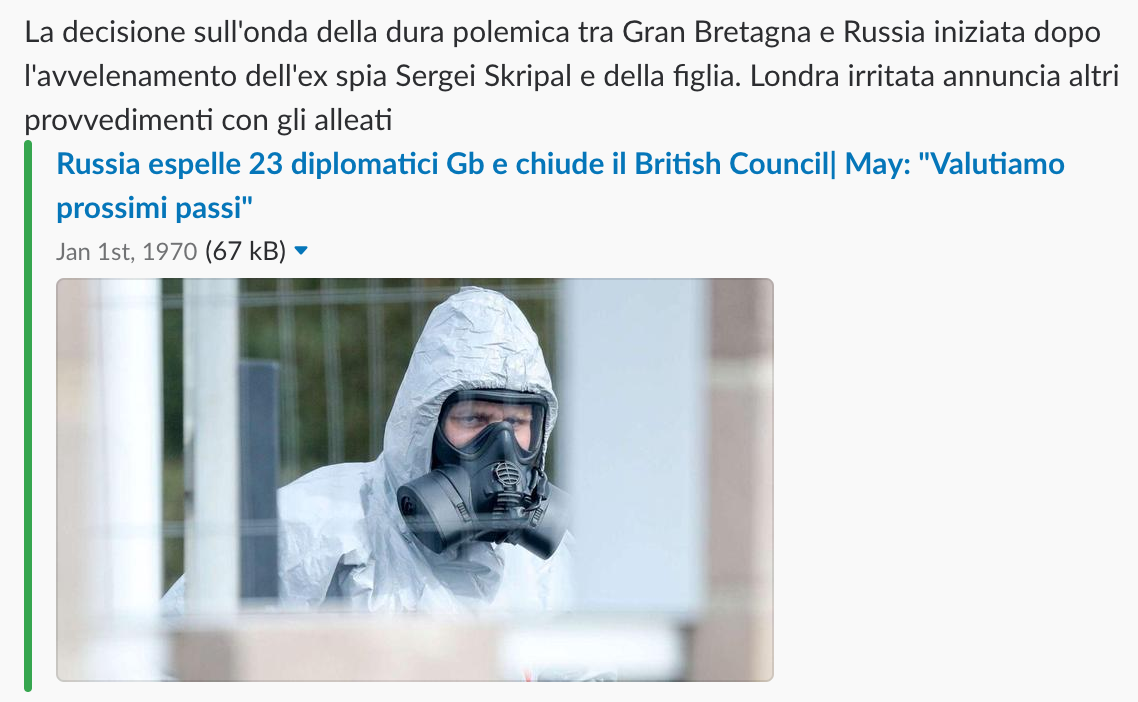 If you search for inspiration, have a look at my github repo here.